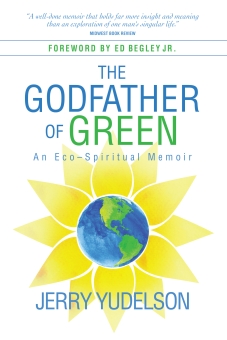 What would you do if your promising professional career was suddenly interrupted by a powerful spiritual awakening?
Could you figure out how to integrate the spiritual with the worldly, to uplift both yourself and the planet?
Can you use the three critical lessons Jerry learned?

Jerry Yudelson is the author of 12 professional books in the field of green building and sustainable design, an arena where he’s known globally as “The Godfather of Green.”

Engineer by training. Marketer by profession. Writer by Avocation.”

Jerry’s new book, The Godfather of Green: An Eco-Spiritual Memoir, published on Earth Day 2020, combines his career as an active environmentalist with an inspiring story of spiritual awakening and self-discovery.

Midwest Book Review calls The Godfather of Green, “a well-done memoir that holds far more insight and meaning than an exploration of one man's singular life.” 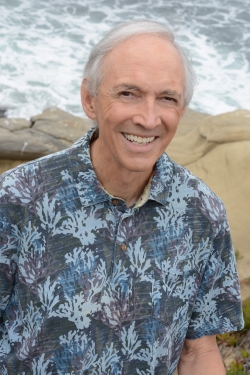 Listen to Jerry on Podcasts:

Interviewed on a dozen podcasts and radio shows, Jerry explores the link between his spiritual journey and the environmental crises of earlier times as well as the climate crisis facing today's world. Here are quotes from and links to a few of those podcasts.

From "Conscious Talk" radio show: Over time, environmentalism has switched its focus.  At the beginning, it was all about putting up a red light: “Stop doing these bad things.  Stop putting toxic chemicals in the air and in the water,” and so forth.  And over the last generation, it switched to saying, “Well, we still have to stop the bad actors, because they are out there, but we need to have a green light  for stuff that’s positive,” similar to the way the solar and the wind industry got started with tax incentives in the 1970s and 1980s. For the full podcast, click here and for the full transcript, click here.

From "The Premise," a podcast on Earth Day 2020: The problem we have is that our current way of life is so culturally embedded in our psyches that the biggest issue is not technology, it really is culture change. I think that’s what makes it daunting. That's why in my last chapter, an epilogue, I speak directly to young climate strikers. I say, I’m passing the baton to you; I’m an older guy and you’re the ones who will have to live with this thing that we've created, but here are some things I’ve learned that you might find helpful for your struggle. For the full podcast, click here and for the full transcript, click here.